We are ready to take on a new challenge - men's recruiting

In recent years, Aussie Basketball USA has been a leader providing a pathway for talented Australian female basketballers to make their way over to US college programs. And now, they're ready to take on a new challenge with men's recruiting as well.

Being the oldest daughter of two Olympians in Ray and Sandra, as well as an illustrious playing career of her own spanning Division 1 NCAA, the WNBA, WNBL and Europe, founder Sam Tomlinson's passion now lies nurturing and mentoring the next generation of athletes as they aspire towards their own basketball dreams.

Utilizing an unparalleled level of knowledge and experience, the results have spoken for themselves. Over the current recruiting period alone, the program has helped facilitate a large number of exciting commitments. Headlining this crop of girls were several high profile commitments to major college programs.

Announced earlier this month, Jade Melbourne, a guard with the Centre of Excellence (CoE) and Australian Under-17 representative, committed to PAC-12 school Arizona State with the help of Aussie Basketball USA pathways.

They have also had a big hand in the growing pipeline of Australian talent gracing the hardwood of Portland University, with Lucy Cochrane, a 6'5 forward out of Melbourne, joining fellow commits Emily Sowell (CoE, Victoria), Emma Strelein (Western Australia) and Maddi Condron (Victoria) all joining the program.

Georgia Baldwin (Victoria) has also been helped through the service, recently committing to Eastern Kentucky University in the Ohio Valley conference.

Most recently, Centre of Excellence athlete Olivia Pollerd (Victoria) will be heading to the University of Washington Huskies after recently decommitting from the Duke Blue Devils. 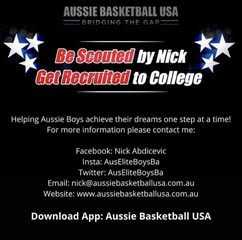 "I've received plenty of interest in starting a boys program with our service for quite some time, but it was only when the opportunity to work with Nick Abdicevic came around that I decided to follow through. He has a genuine passion and care for helping kids achieve their goals and his resume of work in junior basketball is exceptional," Tomlinson said.

"I'm extremely excited to start this partnership with Nick and I believe we're going to make a great team." 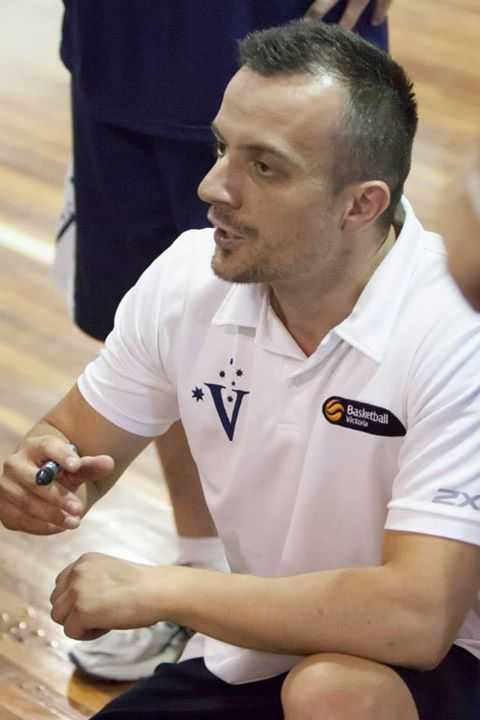 Finding someone to match the basketball credentials of the Tomlinson family to run the boys side of the program was always a tall task, but with Abdicevic brought in as Managing Director, they may have just done so. With over 20+ years of coaching experience, spanning the AIS, NBL, College and more, Abdicevic has a lengthy and proven track record aiding the pathways of young basketballers within the country. His comprehensive resume of work coaching the top levels of junior talent in the country, and a particular notoriety developing and supporting young talent, has gained him a high level of respect throughout the basketball world. He's excited by the prospect of bringing these skills to his new role as he aims to deliver more junior players to the college level.

"I've been involved in many areas of basketball such as coaching as high as the State and National level, as well as being the coaching Director at Melbourne Tigers for many years, and I just thought that this would be a great addition to everything else I've done," Abdicevic said.

"I know many junior players in Victoria but also in Australia, and I felt this would be an opportunity to help them go further after their junior years by trying to connect them to colleges and through my connections."

Over his many years working with some of the top juniors in the country, Abdicevic has grown a wealth of connections in the American college system, and has already helped to provide many players under his tutelage with college opportunities.

"Coaching at a high junior level for many years, you meet a lot of college coaches. Over the last 15-20 years with the Tigers, whether it's through Nigel or Andrew Gaze, or through many kids that have played for us, I have established a big network of schools in America."

Abdicevic's admiration for the passionate work of Sam Tomlinson and her program was a strong motivation for teaming up.

"They've been focused on the girls side for many years, and have done a terrific job. All the girls that I have been in contact with over the last few years have spoken very highly of both Sam and her program. I'm impressed with her knowledge and with how much she really cares about the families, she's been helping with the boys set up and she's been in touch with every person that has contacted us. She's 24/7 focused on this job, she's very professional and really cares about the athletes."

With those shared values at the heart of the Aussie Basketball USA's expansion to the boys side of the game, there has been a flurry of interest since the announcement. Despite the appointment being made public only last week, a swarm of boys have already signed up to the program - the first being Melbourne Tigers junior Kai Garnaut. Garnaut, recently named to the Victorian Metropolitan Under-18 team as an emergency, is only in Year 10, but as Abdicevic stresses, getting into the process as early as possible to maximize marketing and promotion is key to a successful recruiting process.

"It's especially important this year because we're going to lose a few months in Victoria with COVID-19. If we get them early, we will have enough time to help them grow, better advise them on what to do, both when it comes giving feedback on what they need to work on in terms of skill-set and body, as well as the selection of subjects, which is very important moving forward for players that want to go to college. The more time we have with them, the more advice we can give them."

For more information on Nick Abdicevic and Aussie Basketball USA pathways for both boys and girls, please refer to the official website: www.aussiebasketballusa.com.au